YOU are making a difference when you ride in our event! To drive this point home, we want you to get to know some of the lives YOU are impacting in Rwanda. We plan to feature a Team Rwanda cyclist each month leading up to our event. This month, we’re pleased to introduce you to Janvier Hadi.

Janvier Hadi is a new addition to Team Rwanda. In April of 2011 he won the Kigali to Butare Single Speed Race and earned the right to come to Musanze (our training headquarters) to test. He tested quite well, had an excellent pedal stroke and fit the bill for an up and coming cyclist, tall, thin and young. He was 19, our youngest rider on the team. Interestingly, he was mentored by one of our veteran riders, Gasore Hategeka, who was featured in an article in this summer’s New Yorker by Philip Gourevitch, Climbers. They were also roommates.

Janvier was born in the Democratic Republic of Congo (DRC) in 1991, however, he’s Rwandan. He was most likely born in the DRC as tensions were building leading up to the 1994 genocide and his family had crossed the border fleeing for their safety.

Janvier has only a primary school education but is very smart. He is a quiet young man, but always eager to learn and to try new things. This past week he learned from coach how to test other young riders on the Velotron.

Janvier has shown such incredible promise. He made the top team for Team Rwanda for the 2011 Tour of Rwanda, Team Rwanda Karisimbi, as a rookie and had a very strong showing. Based on Janvier’s performance, he was selected as the third rider to attend the UCI training camp in South Africa in February and March along with his former roommate, Gasore and veteran rider, Nicodem. Sending Janvier to training camp in South Africa is essential to his growth as a rider. It is also very expensive. The fee for camp is $3,250. The plane ticket and insurance add up to another $1,000. This will be Janvier’s first time on a plane and first time outside Rwanda since his birth. He will come back in April transformed.

The week before training camp coach Jonathan Boyer was invited to Janvier’s hometown to see his new house he bought with the winnings from the Tour of Rwanda. He bought the house for his family…a family of seven! Janvier is another young rider giving hope to all the young boys…and girls…in Rwanda, hope that they too can make a difference to their family and even their country through cycling.  (article by Kimberly Moszyk Coats, Team Rwanda Cycling) 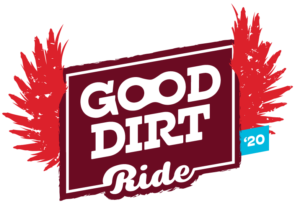